Next morning there was already a guy working on my bike at 6am. We tried to fix it in a very african way. But I had no choice and let them try. Jean came by with a new cable on his spectacular bike later. However it didn't match and his son Horly had to go to the next town getting a more related one. In the meantime I worked I opened the clutch and leaning it to the wall not to loose oil. Griding, cutting, modifying were the solution making the clutch working. 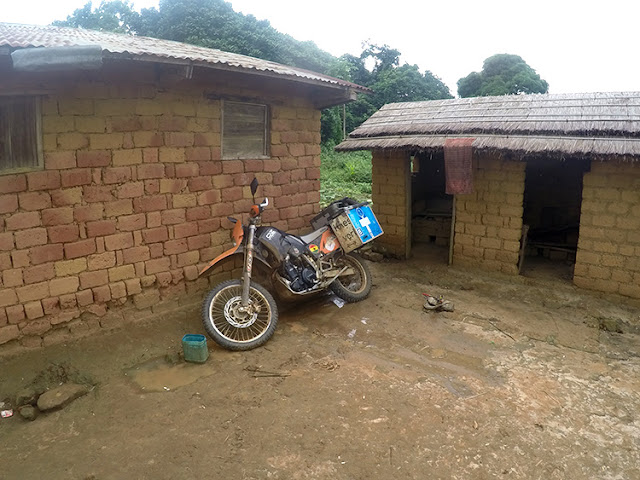 A smelling, dirty, hungry and happy guy facing to his running bike.On the right the 'chef de village'. Next to him Horly and his father Jean is sitting on the chair. Thumbs up for a successful work bringing me to Kinshasa. Their we see what I can arrange further. 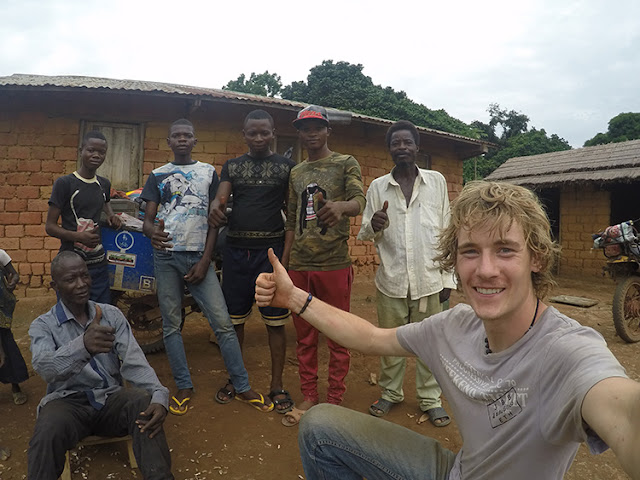 At 3pm I could leave and was very happy with my running bike. I honestly have been thinking a while if I want to write about the next disappointment. But it's also part of the story. For a very stupid reason I crashed the bike after half an hour. Results were broken mirrors, mounts and scratches. And a very pissed Simon. However I made it to Kimpese and attended the four main matters. Changing money, fill up the fuel, purchasing a sim card and eat. I left Kimpese at night looking for a suitable spot to sleep. Two hours and 90k later I stop at this shed in the fields. Riding at night is no fun but incredibly dangerous. Vehicules parking on the road, unlighted cars everywhere and crashed trucks. And it is not safer using limbs, stones or tires indicating something is coming. 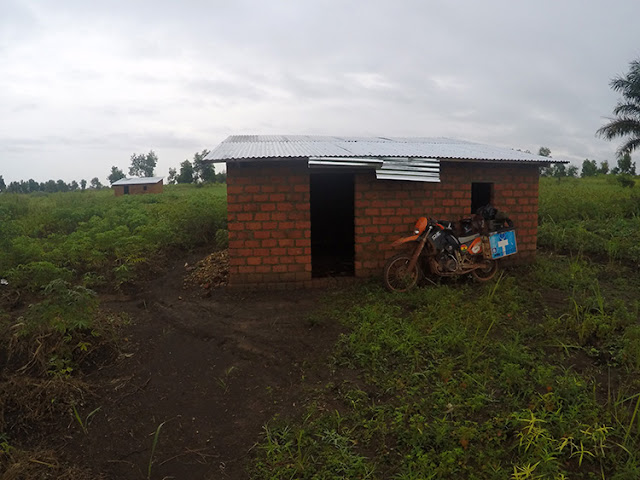