It was a big 2 hours ride to Kinshasa during the rush hour. My half working clutch suffered a lot from all the traffic. But my good luck from all the time before excepting the last week should catch me from here on again.
First stop was the "Direction Generale d'Immigration". The official was supposed to return today but noone knew when. After almost an hour in the waiting room I pushed them for a solution. Another administrative women kindly help checked my Visa. Suprisingly I actually didn't have any problems with my Visa. The expiry date relates to the antry date and not departue.
Next step was changing all my CFA to Congolese Franc. I tried to get the best price on the road. But of course you will loose some. I paid for my stupidity. Afterwards I charged my sim card to give a sign of life at home. My last urgent to do for today the Angolian embassy. But they were closed at friday afternoon. 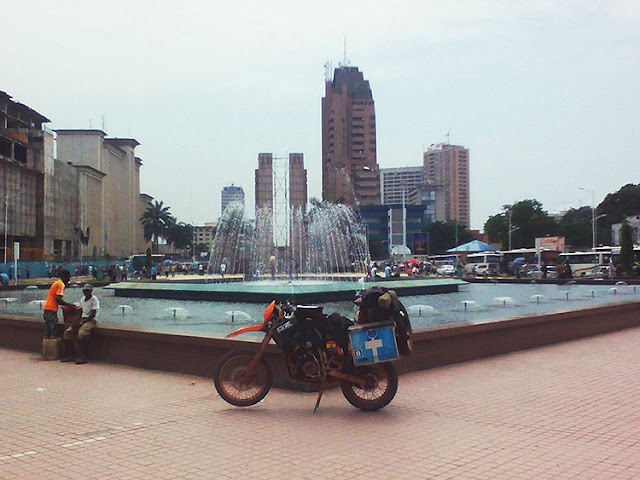 I noticed a 2 stroke sound coming closer. A white stop and asked for my undertaking. Gaeton has belgium roots but was born here. He invited me staying at his and Jerome's house instead an expensive guest house.
I dropped my boots and all the hot bikewear, took a cold coke and we jumped into the pool. After this refreshment Jerome cleaned my bike. 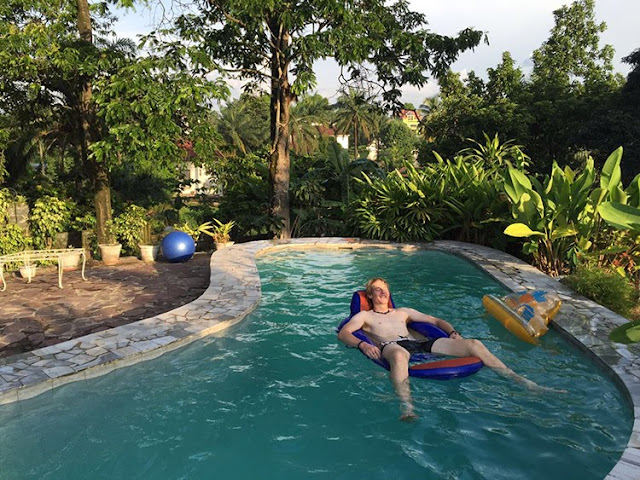 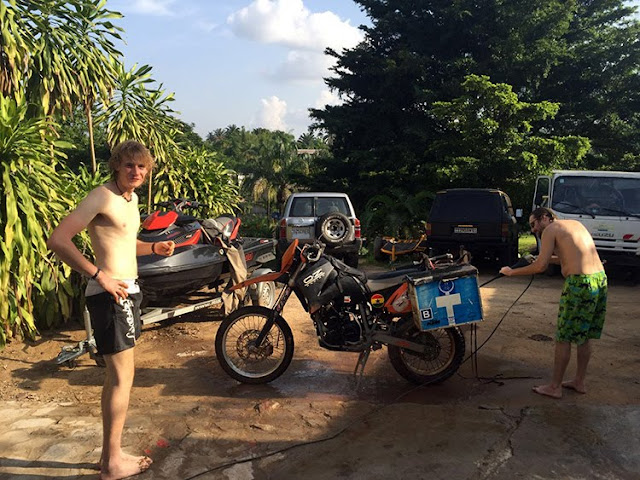 Thereafter we made a schedule for the coming days and checked which parts to organize. Gaeton is a great downhill and motocross rider. He knows all about engines and has the required connections. But at night we dedicated to a friend's KX 125. With that high workload on my bike it were supposed to become amusing days. 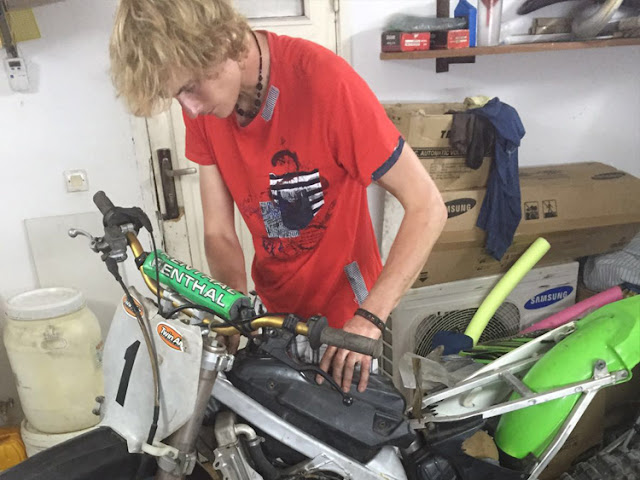 We started modifying the clutch cable and detectetd more and more to do. Bearings, sealings, fork, front tire, breaks, oil change, mirrors and mounts, hand guards, lights, and many odds and ends. 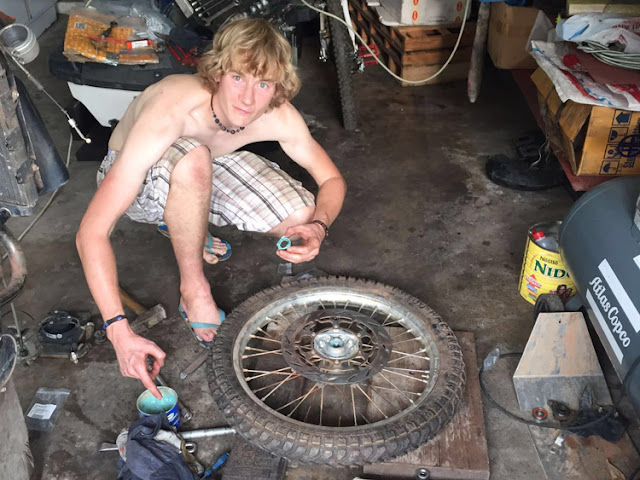 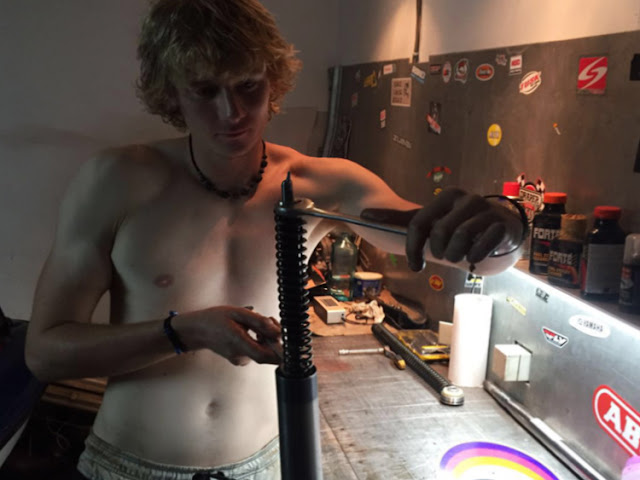 In three intense days working at the bike it became naked in between. I could never have more luck than meeting this fantastic man here. We got everything we needed for the bike. 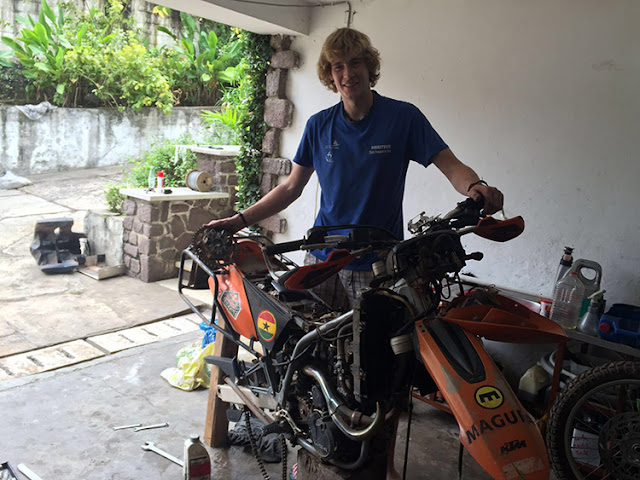 But after many hours spending in his workshop the bike is perfectly running now. It is prepared for the next thousands of kilometers heading to South Africa. 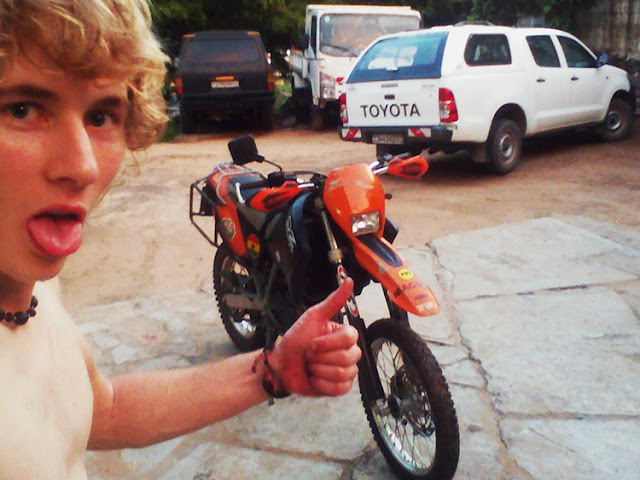 Our leisure activities besides screwing are going to their motocross, meeting people in the city and trying to apply for a Visa. After working 10 years as the cargo manager for the aircraft here he quit his job and is running a new buisness now. Gaeton starts producing Biltong now. We have already delivered the first big offers and packing for more. One main part of this work is finding the perfect mixtures of spices. All spices are being manually grinded. I can assist at least a bit and enjoy the daily degustations. 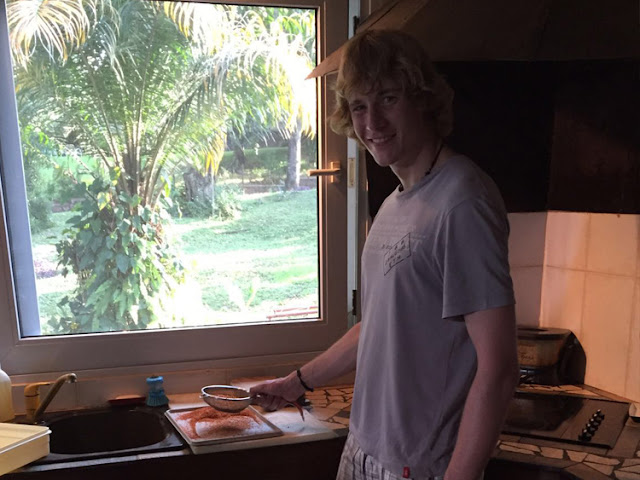 Biltong air dryed beef served in serveral varieties of spices. Each mixture with a different taste satisfies a specitfic taste and target group. The meat needs to be prepared in a couple of steps. First it is being layed in a special mix of salt, vinegar and certain spices. After soaking a night in the fridge we hang the stripes in Gaeton's self made dryer for 3 to 4 days. Depending on the drying they might stay outside for a bit. These delicacies are ready for packaging in the vakuum packer and putting in the freezer now.
We made a photo shooting for Gaeton's product presentation. Finding a nice composition of spices, Biltong and its environment was an ambitious task. 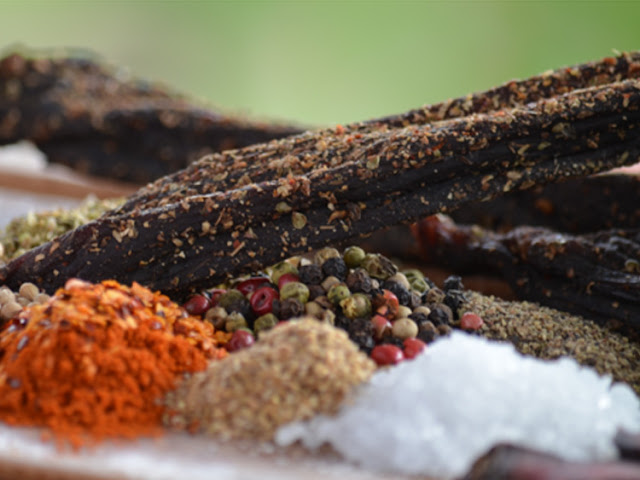 Kinshasa isn't the second most expensive city in the world (after Luanda/ Angola) for nothing. If you will go to a supermarket you can not understand how people can effort this. On this price level there is only access for the upper class. 1$ is about 930 Congolese Franc. Your breakfast muesli costs you about 18$. And you pay almost 36$ for a big package of puree powder. You start thinking about using one or two toilett papers. Everthing is mostly imported from Europe. Local producing economies are rare and struggle on the market. 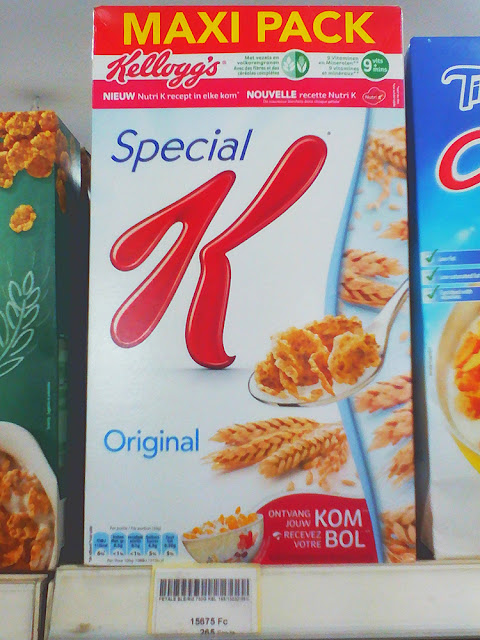 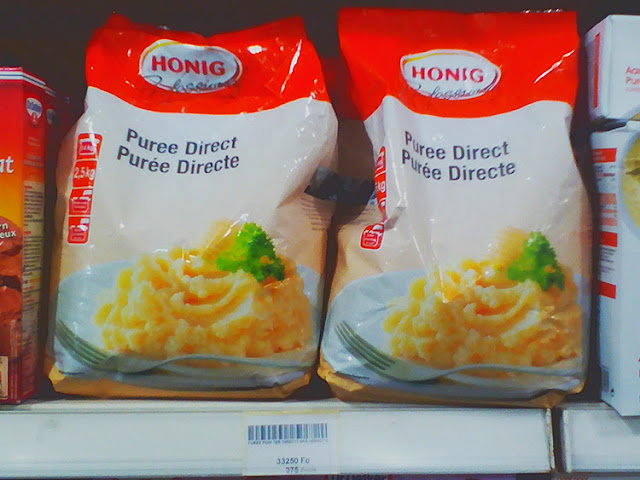 I tried to apply for a Visa of Angola without success for already 10 days. First I had to get a paper of the German Embassy in Kinshasa. Next day we could go because of working at the bike. Going their by car is a mass in that traffic. No rules, no restrictions, no skills. Next day they were already close again. And the rest of the week as well. Next attempt on monday morning. I could have filled in the application form but Visa submission is only wednesday. From here you wait at least another week. Sounds anyoing - it was! So I decided accepting Gaeton's proposal taking a flight. We went to his previous office and checked it out within 5 minutes. I take a flight now to Lubumbashi. After this hell week I skipped the plan crossing the Congo to Zambia. It is not recommended riding there in the rainseason if you don't want to stuck in half meter mud. Using the plane doesn't break my ego and it is clearly cheaper than the way through Angola. 320$ is compared low to 150$ Angola Visa plus 2000k more fuel by an avarrage price of about 1.30$, food and wearing the bike.
On the way to the cargo warehouse with my 'new' and light weight bike. I dropped again a big bag of 7kg. Gaeton will safely carry it home on his next vacation in Europe. My aim is reaching Capetown only with my cases and a tankbag. I'm almost there but still looking for a solution of the large tent. 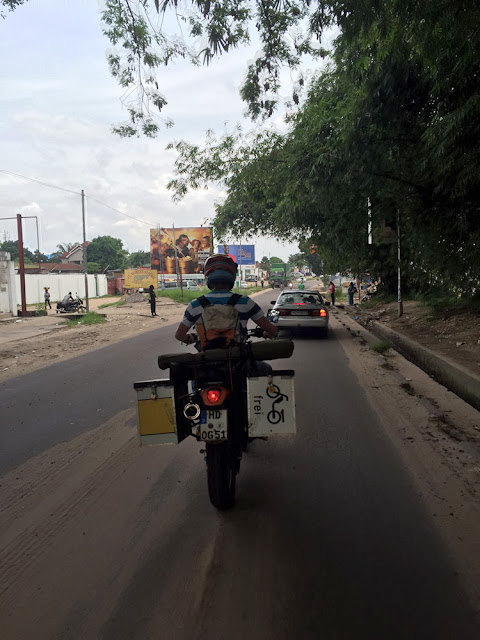 We checked the weight of the bike: 208kg - very nice! I yield my bike to the cargo service, have a seat in the cockpit and leave without any customs. 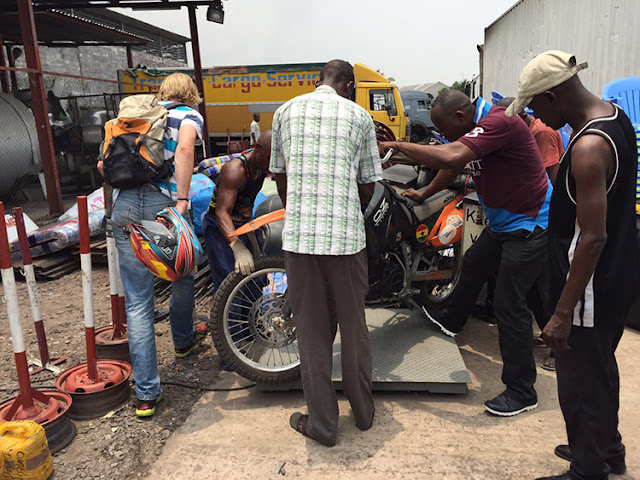